Imperative: Turn to page 232 in your science book.

Interrogative: Where do you live?

I'll meet you at the train station./The sun rises in the East./He doesn't get up early.

How long have you lived in France?/When does the bus leave?/Do you enjoy listening to classical music?

The exclamatory form emphasizes a statement (either declarative or imperative) with an exclamation point (!).

Writing in English begins with the sentence. Sentences are then combined into paragraphs. Finally, paragraphs are used to write longer structures such as essays, business reports, etc. The first sentence structure is the most common:

Simple sentences contain no conjunction (i.e., and, but, or, etc.).

Frank ate his dinner quickly./Peter and Sue visited the museum last Saturday./Are you coming to the party?

I wanted to come, but it was late./The company had an excellent year, so they gave everyone a bonus./I went shopping, and my wife went to her classes.

Complex sentences contain a dependent clause and at least one independent clause. The two clauses are connected by a subordinator (i.e, which, who, although, despite, if, since, etc.).

My daughter, who was late for class, arrived shortly after the bell rang./That's the man who bought our house/Although it was difficult, the class passed the test with excellent marks.

Compound/complex sentences contain at least one dependent clause and more than one independent clause. The clauses are connected by both conjunctions (i.e., but, so, and, etc.) and subordinators (i.e., who, because, although, etc.)

John, who briefly visited last month, won the prize, and he took a short vacation./Jack forgot his friend's birthday, so he sent him a card when he finally remembered./The report which Tom compiled was presented to the board, but it was rejected because it was too complex. 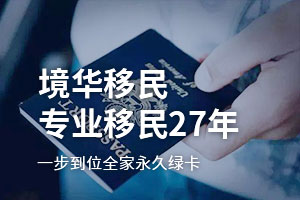